“ The passion and experience of Dora Marcano
to the service of Permanent Make-up operators.      ” 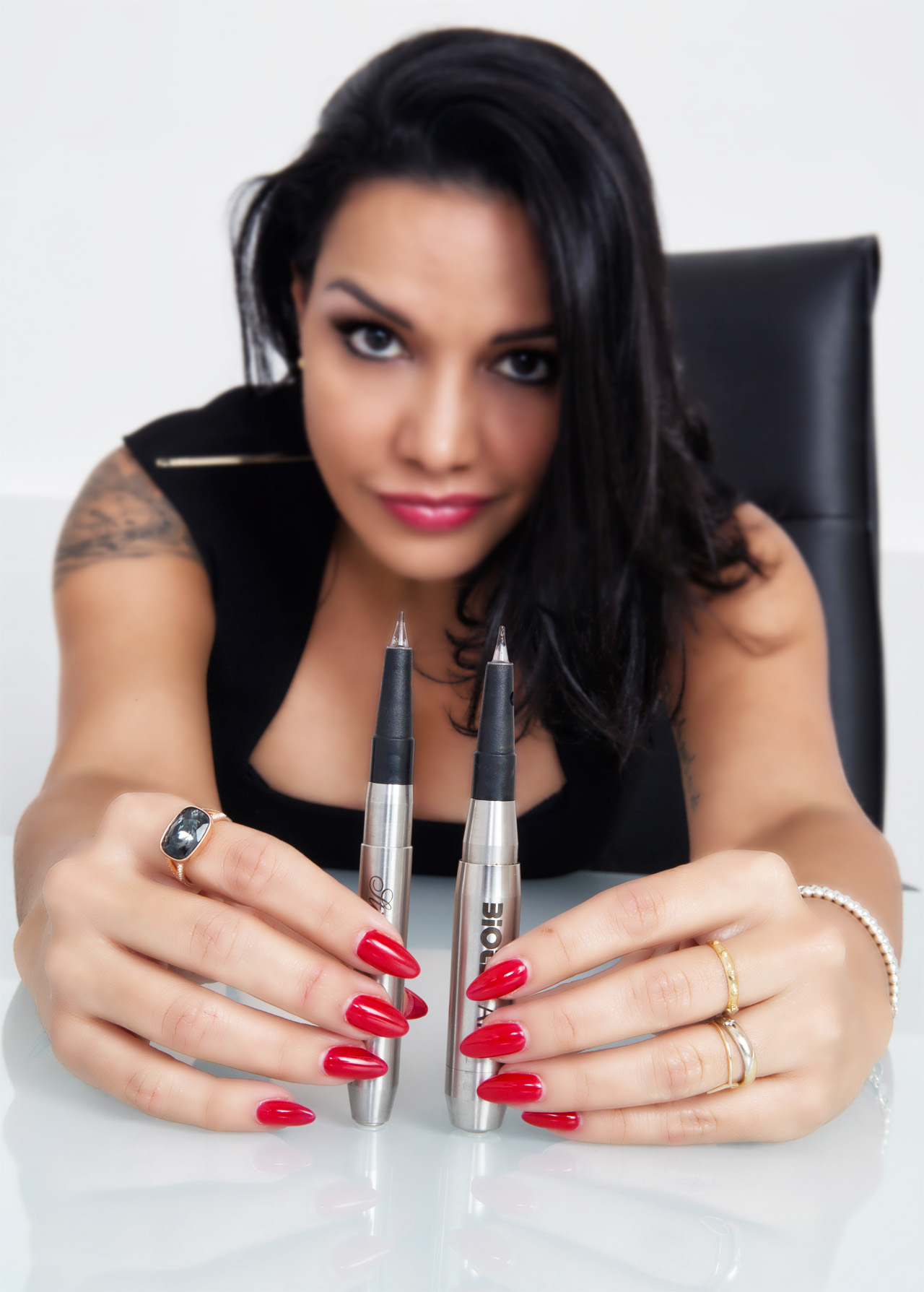 Dora Marcano: One of the best worldwide experts of Permanent Make-up.

Born in Venezuela in 1979, Dora comes into contact with the world of beauty from a young age. After participating in several beauty contests, she is passionate about the make-up and permanent make up. Her passion will lead her to Italy, where in 2002 she obtained the European Beautician Qualification for the Ferrara Format.

After attending the Academy of Make Up in Bologna, she definitively arrives at the world of Permanent Makeup: she carries out several training courses throughout Europe and deepens her experience on the field traveling all over the world and coming into contact with the maximum field experts. It is precisely these trips that provide Dora Marcano with extensive knowledge in the applications of Permanent make up to different ethnic groups, specializing in cosmetology and corrective make-up.

The Dora Marcano’s career in the Permanent make-up

Will be Italy to give her inspiration: in 2011 she decided to expand her knowledge by comparing herself with some of the World Master Teachers such as Toni Belfatto and Ennio orsini. Dora’s career continues in 2014, when she inaugurated her Permanent Makeup Studio in Ferrara and officially obtained the role of teacher of the Orsini & Belfatto Training Academy. Considered by now one of the best experts in permanent makeup at national and international level, in 2015 she decided to get involved and compare herself with colleagues from all over the world in the PMU of Birmingham, where she managed to reach the podium. From there began various participations as a speaker including a conference of International Aesthetic Medicine, Master teacher and speaker at the first Congress Permanent make up CIMA in Barcelona, ​​invited to a high international congress in Berlin, continuing her career in teaching and deepening of a work that, as she herself likes to define, “is air for my lungs”.

In the autumn of 2017 it became part of the International Master Teachers  of the first large company in the world of PMU, BIOTEK SPA which is the only company that designs and produces in its laboratories in Milan Italy, all the elements necessary to achieve the best of quality ‘in permanent makeup PMU. This new experience will bring DORA MARCANO to collaborate with BIOTEK SPA in many country in the world.